In Full Color, with Sound: Opening Day at the American College of Sofia, School Year 2022-2023

Not since 2019 had the ACS community been able to assemble on one of the most cherished and important days - the beginning of the new academic year on September 15th. This date is special to all educators and students around Bulgaria, and at the American College of Sofia it is its own festival, with music and the colors of the different blocks of ACS students, distinctly purple for the seniors and white for the prep class.

In fact, the festivities for the incoming 8th graders commenced on the 14th of September with a welcoming ceremony and reception for them and their families. During the event which took place on the Green Field, the preps received their “starter packs” containing letters from the ESL Department Chair and the 8th Grade Deans, a campus map, a guide to their first days at the College, a list of extracurricular opportunities, a wrist band and a bar of chocolate. They also got to meet their peers, the ACS President, the Dean of Students, and the Deputy-Director, as well as all their teachers and the administrative staff.

The crisp but sunny morning on September 15th saw a group of timid but determined 8th graders finding their way around campus as they promptly arrived in front of Sanders Hall. The Class of 2027 had been summoned at 08:45 for initial instruction and a very important part of the ACS tradition - the 8th grade photo at the steps of Sanders Hall. The ACS Class of 2027 is the 30th cohort of students at the American College of Sofia to take that iconic first-day-of-school photo, since the Class of 1997 did so on September 15th, 1992.

Shining vibrantly, the campus welcomed all students, faculty, and staff for the traditional Blocks Parade at the Green Field. Dean Morison introduced new ACS President Emily Sargent Beasley who saluted the students and congratulated them on the exciting journey they had just embarked on. The Dean presented the Student Council Presidents and offered each block a chance to circle the field in their traditional color to the sound of their signature music. After the Phoenixes, our seniors, counting to 12 performed their lap, the community welcomed the preps. Having now received their flag, the 8th graders were initiated as the Black Eagles.

As is tradition, the ACS Vocapella performed the Bulgarian and American anthems, followed by the Hymn of the American College of Sofia and a beautiful musical salute. The culmination of the festivities was the photo of the full student body at the steps of Ostrander Hall. All 954 students, wearing their respective block’s T-shirt color, smiled for a photo commemorating this important milestone in their academic careers.

Let each day of the academic 2022-2023 year be full of learning and growth so that the future all students dream of be within reach! Happy First Day of School and good luck! 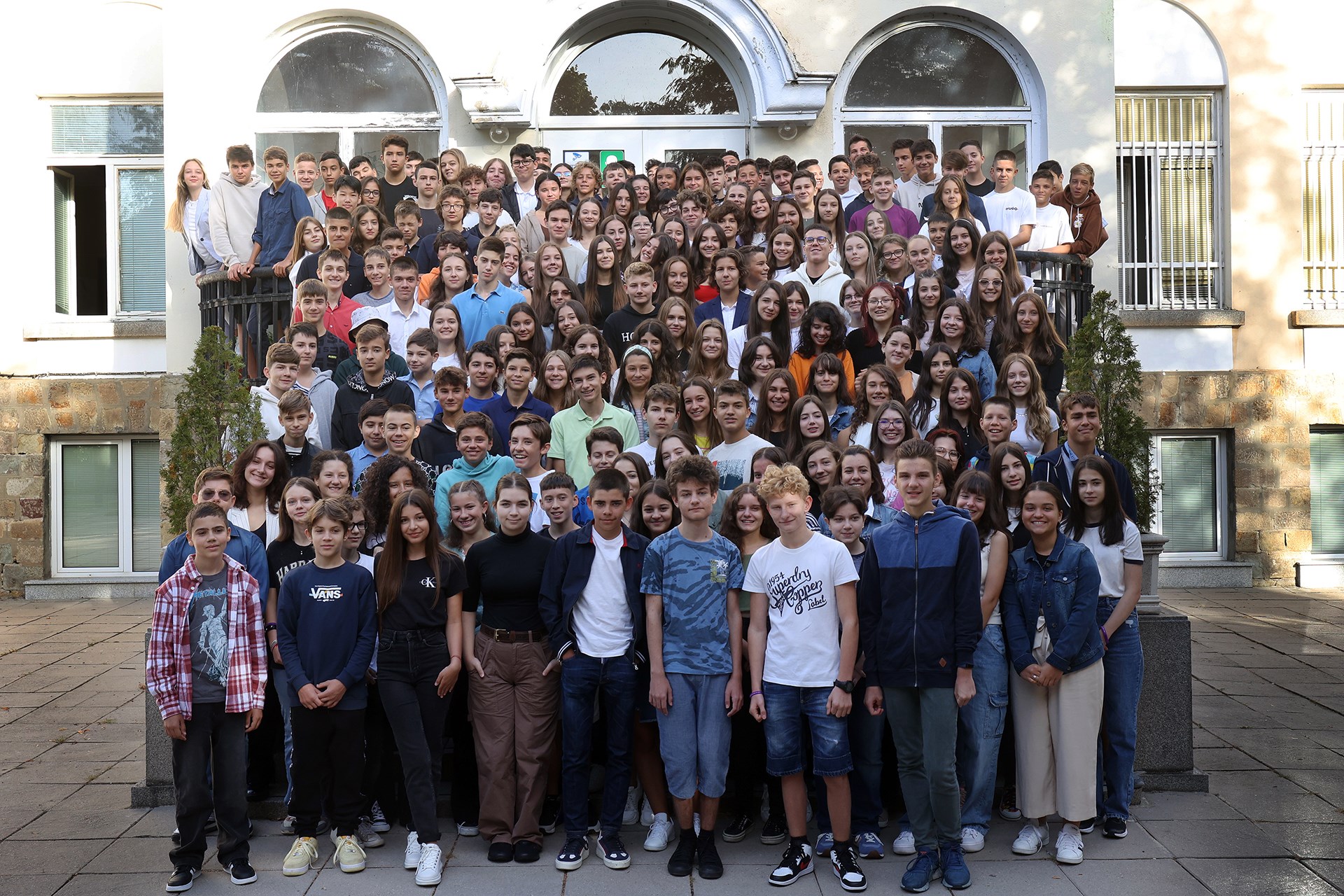 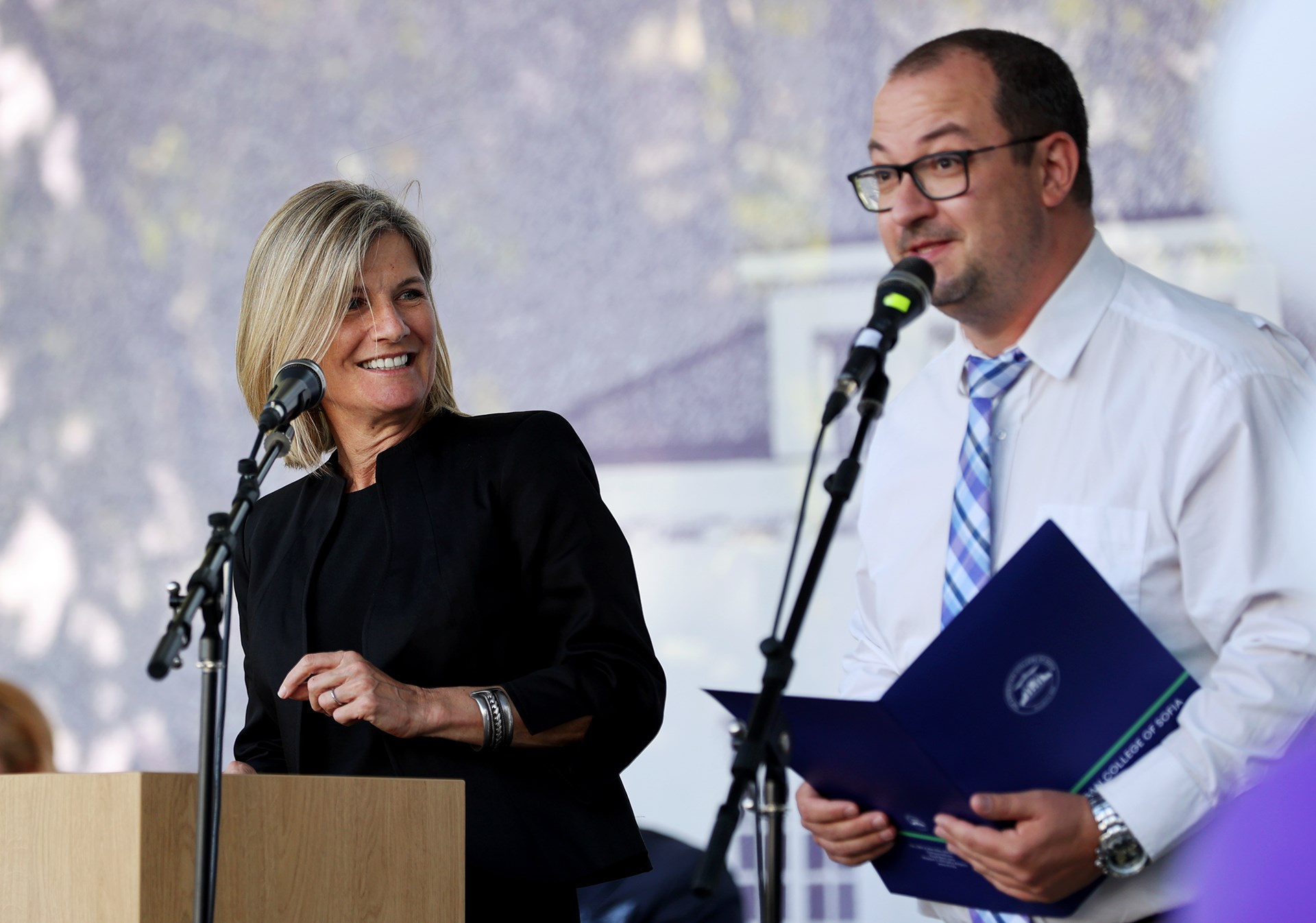 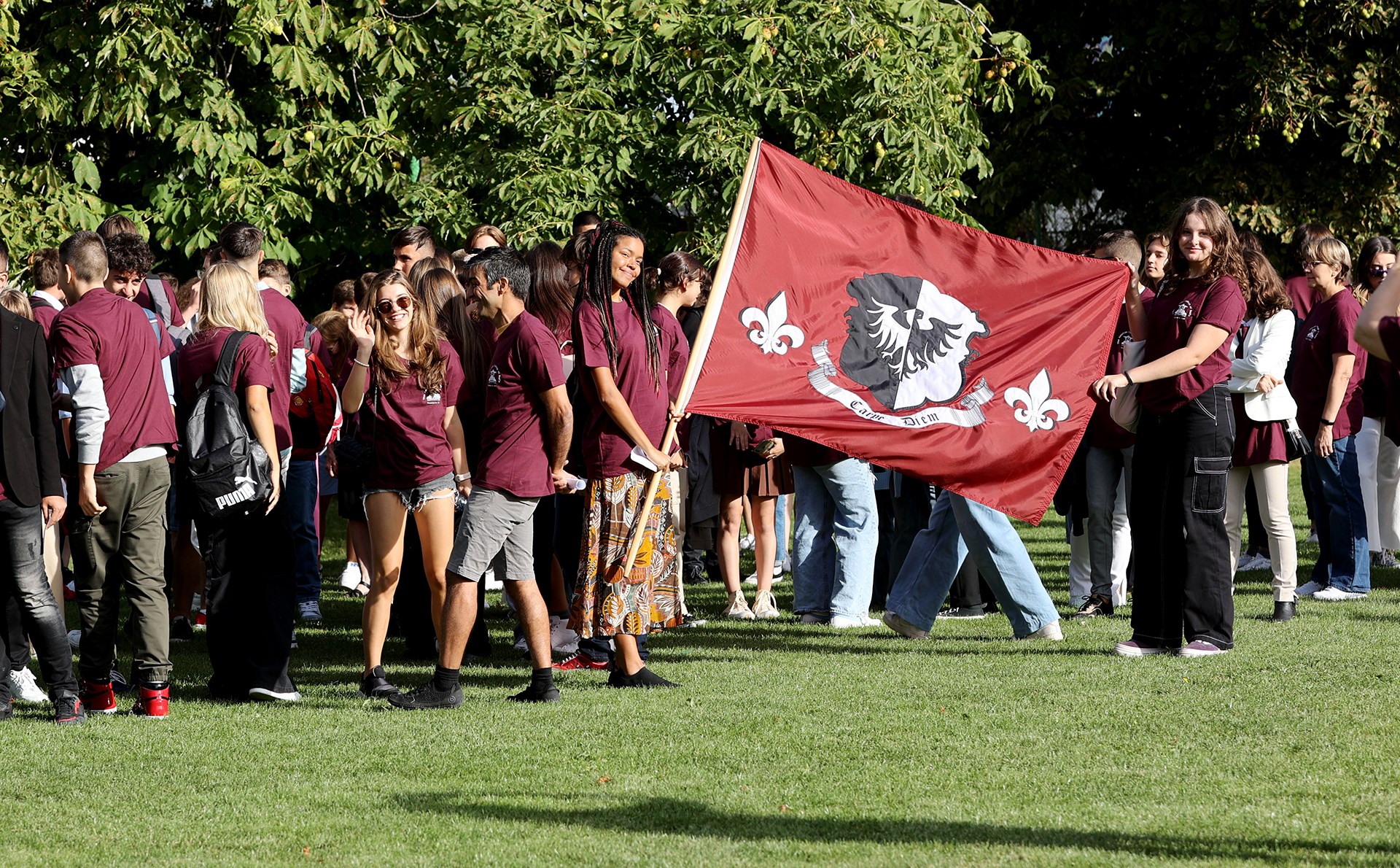 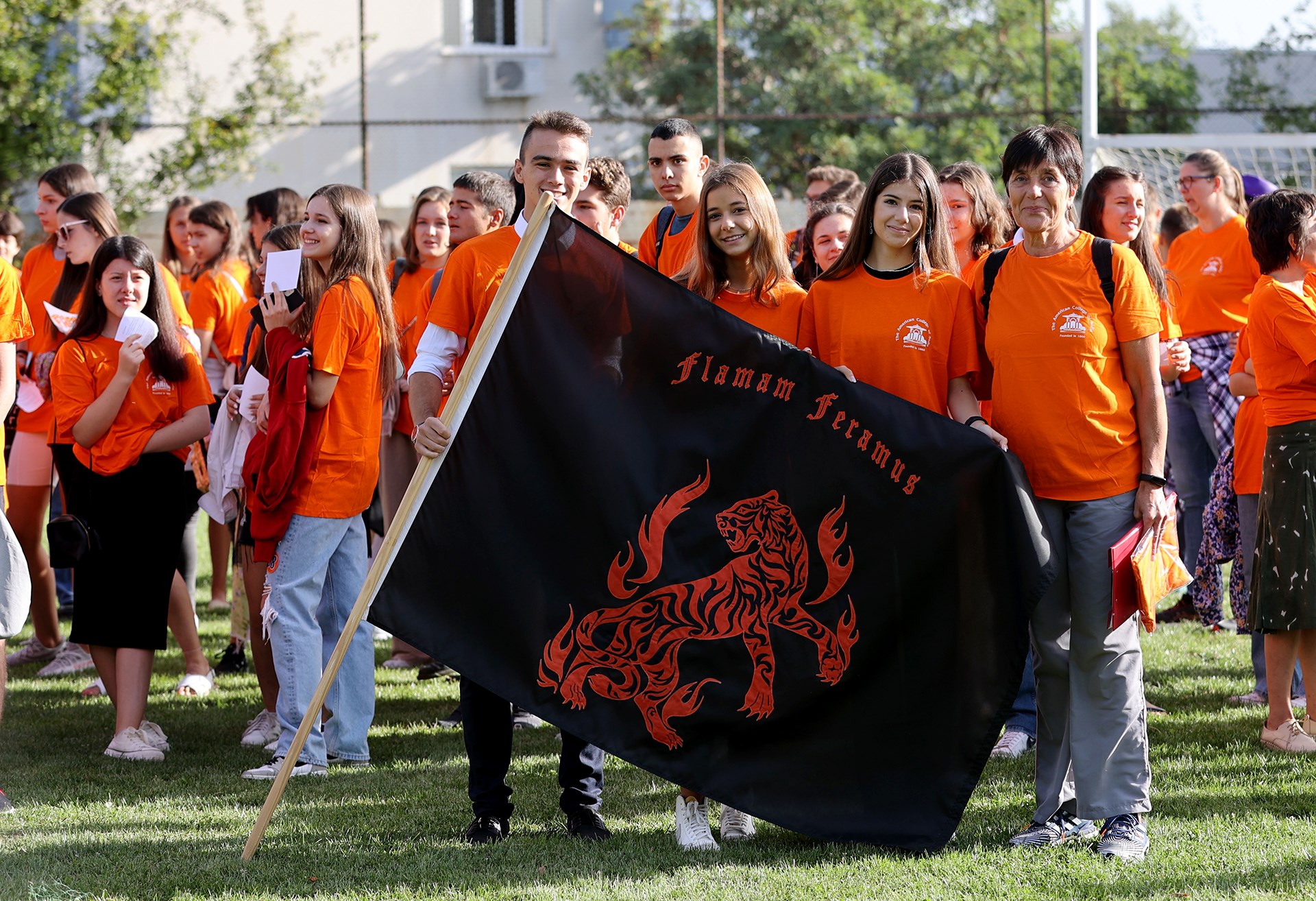 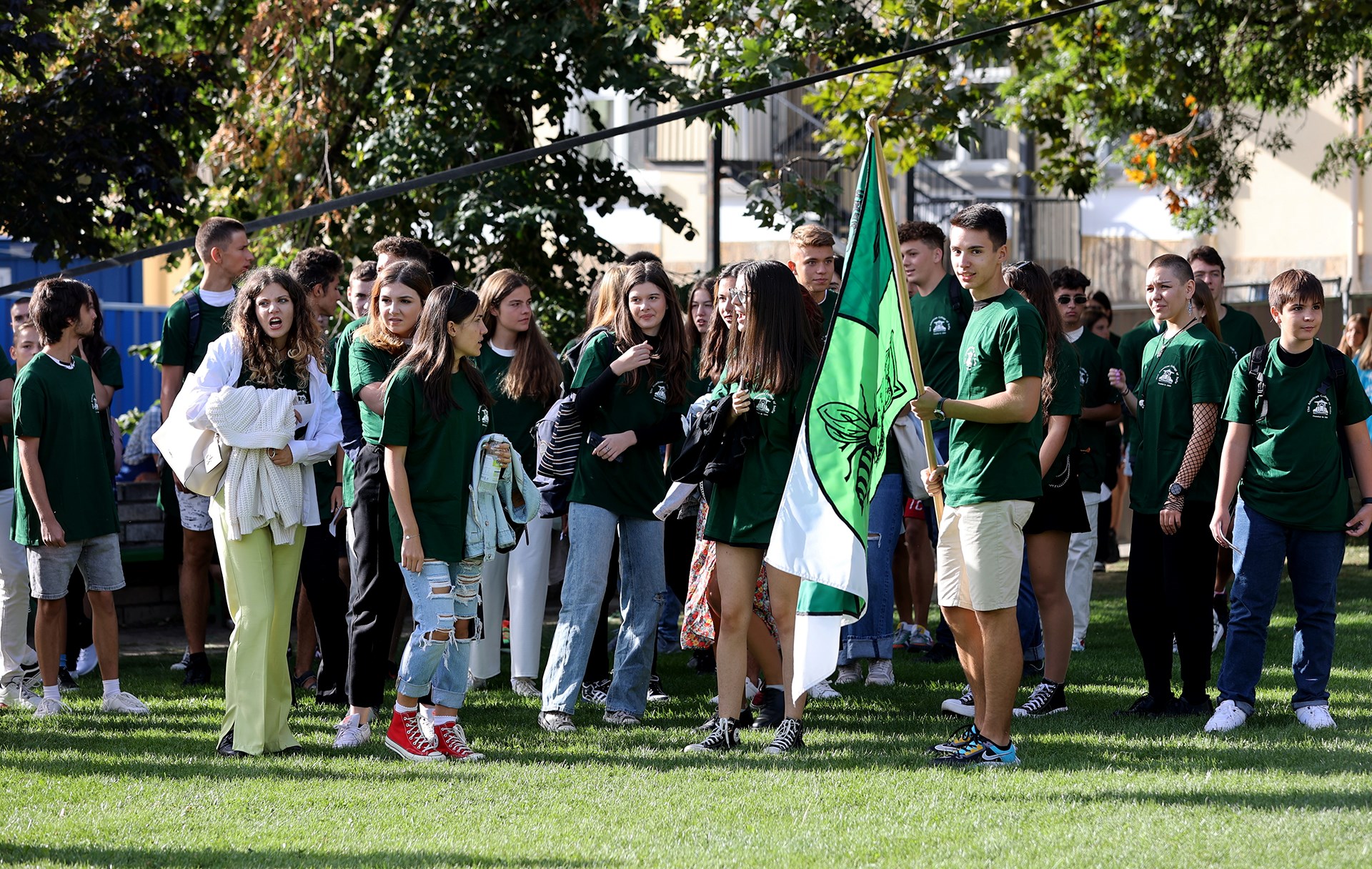 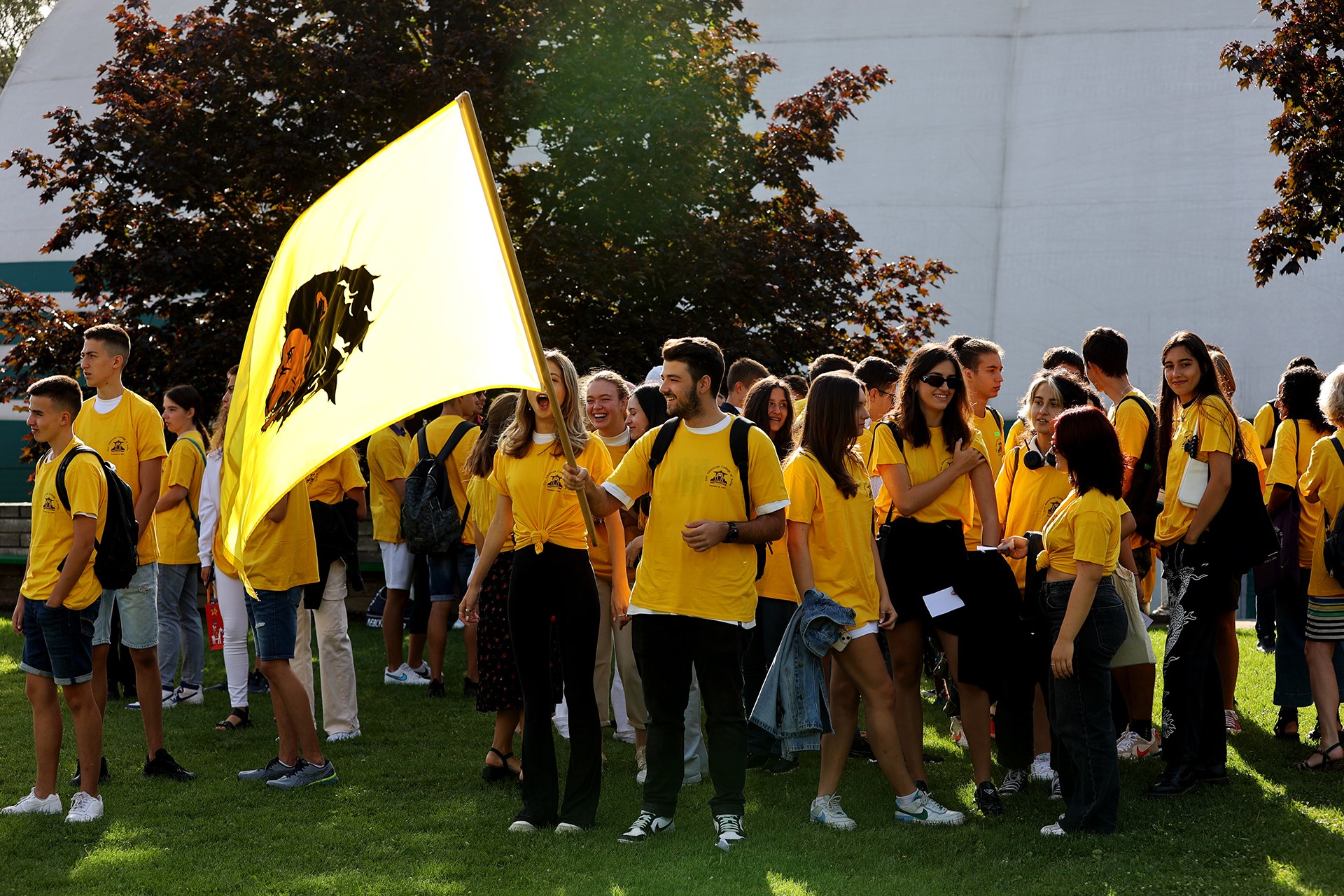 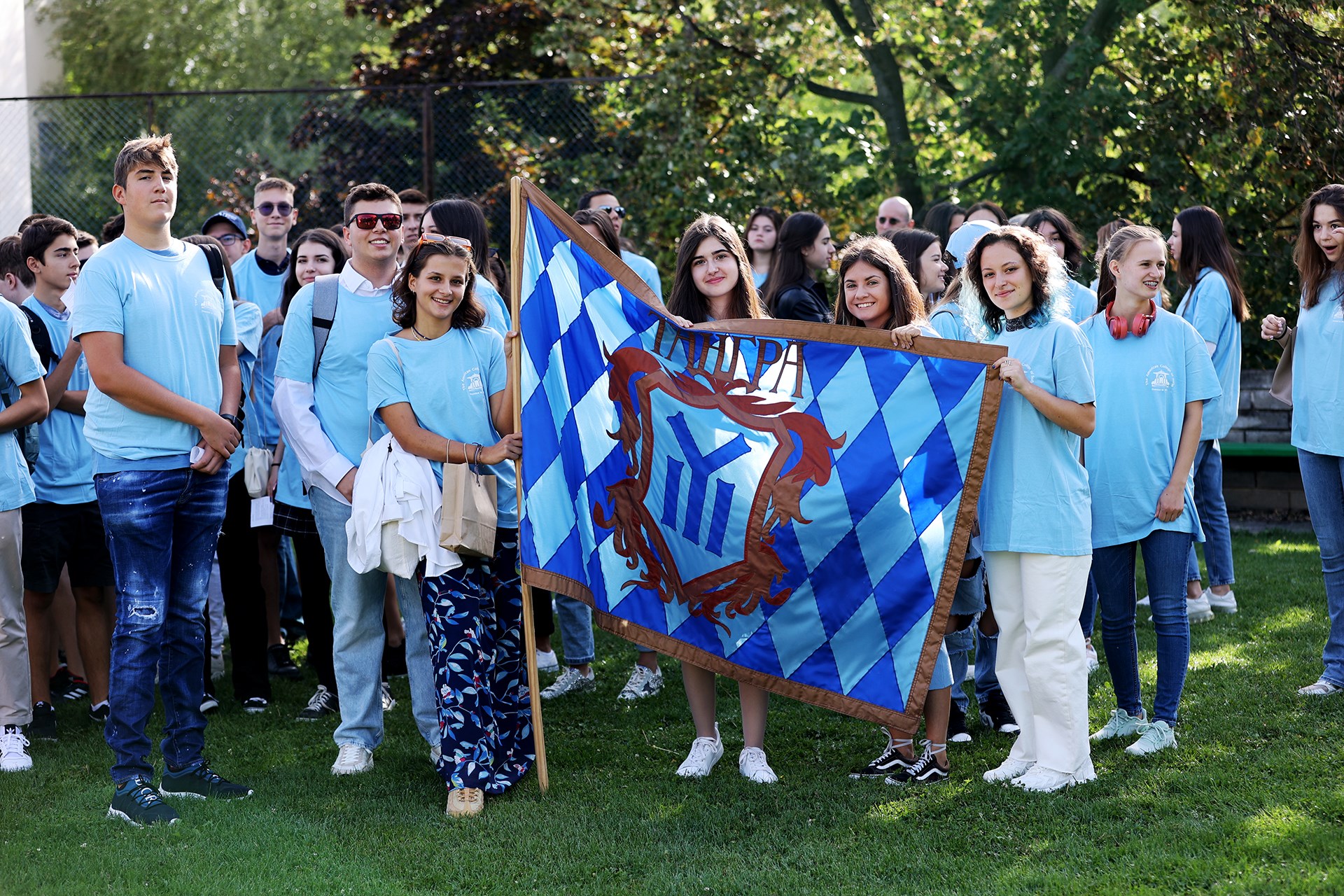 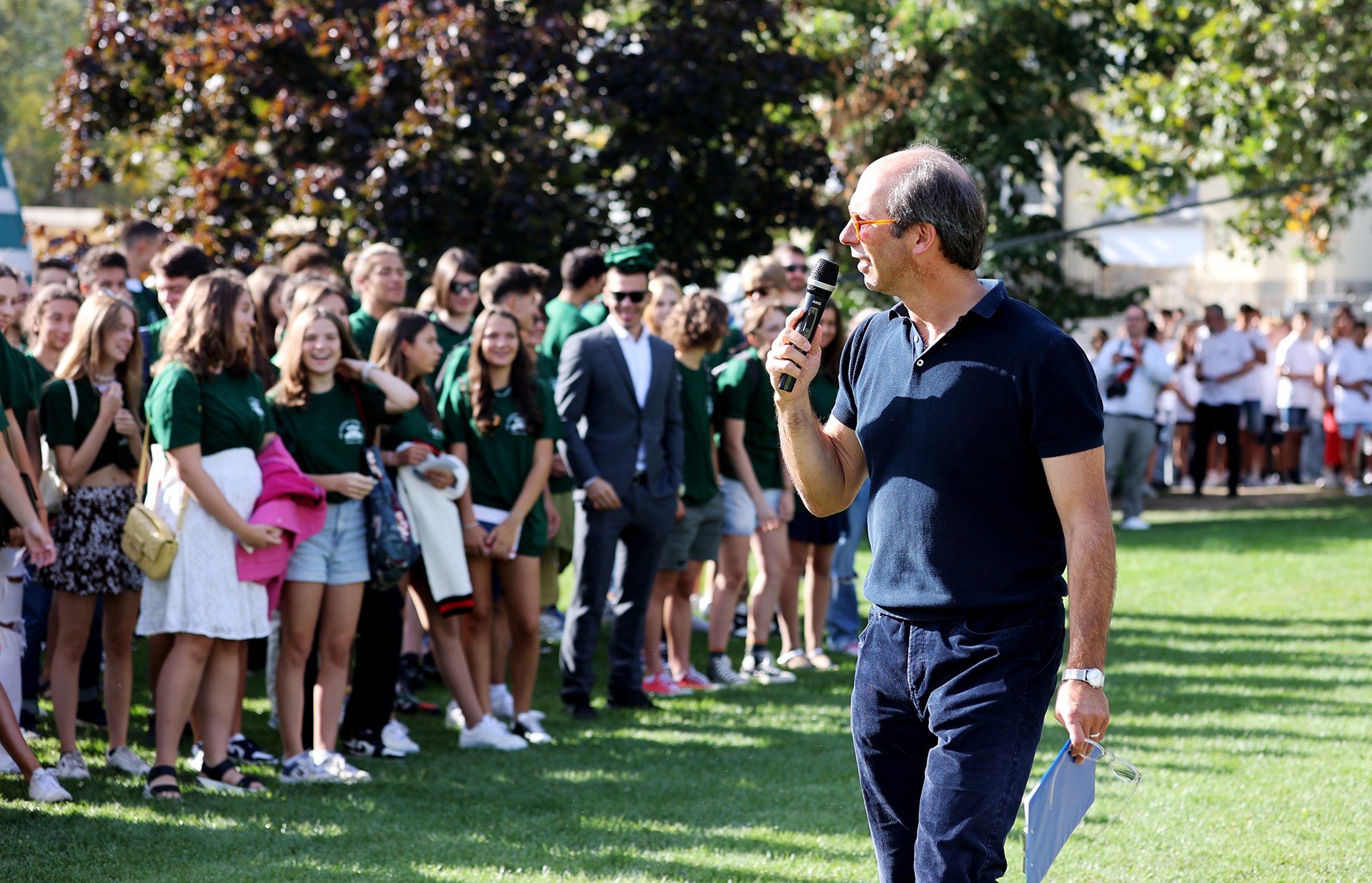 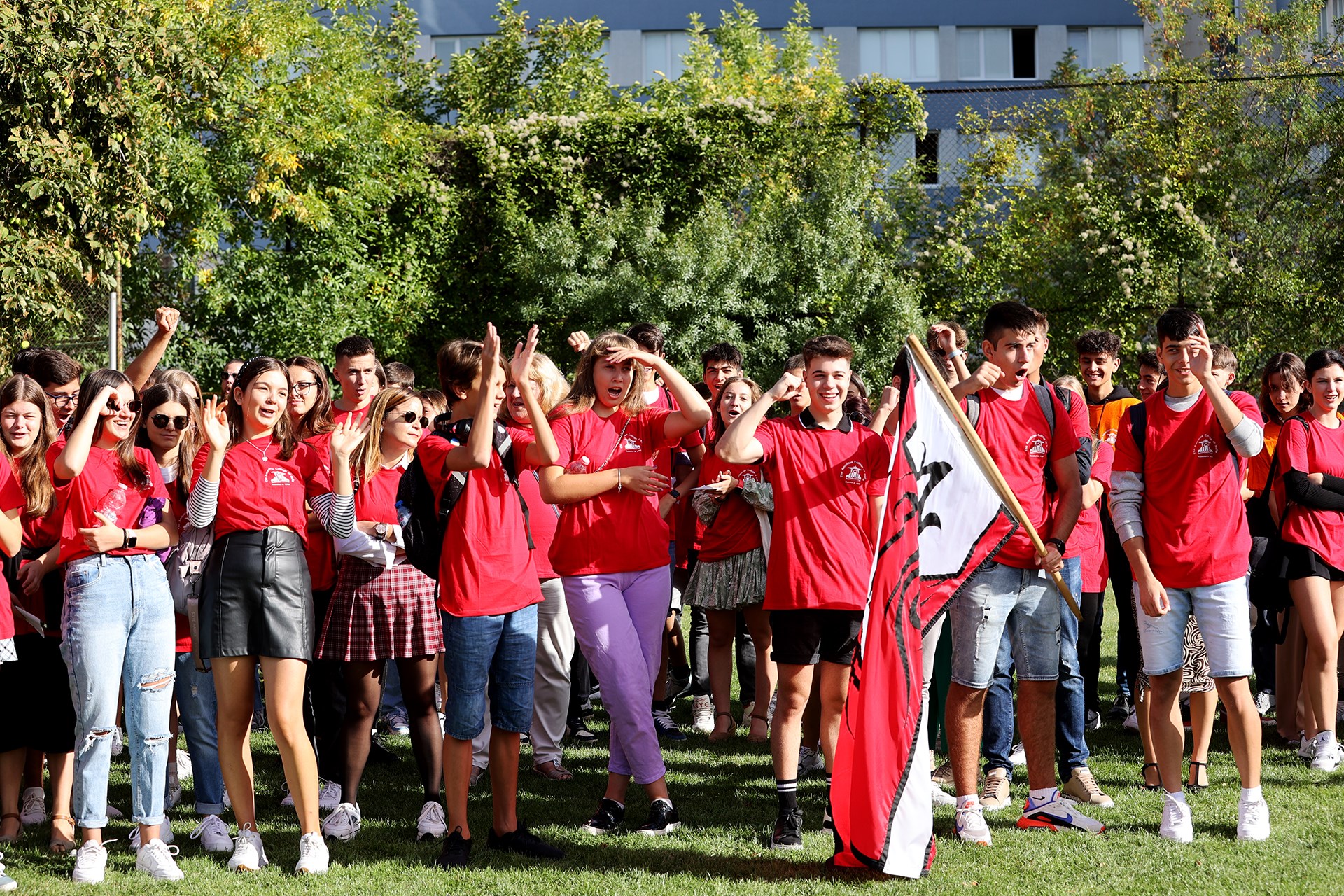 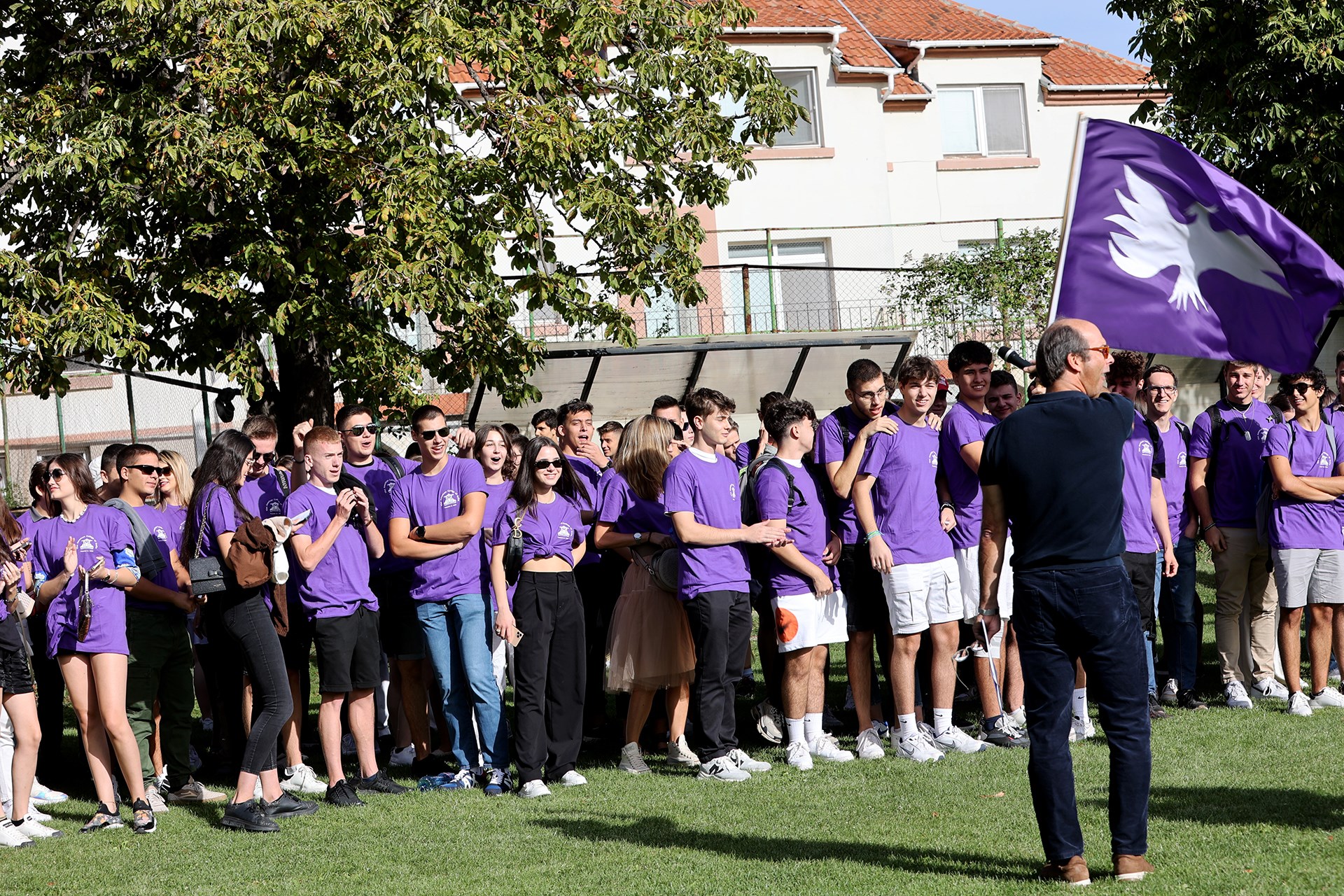 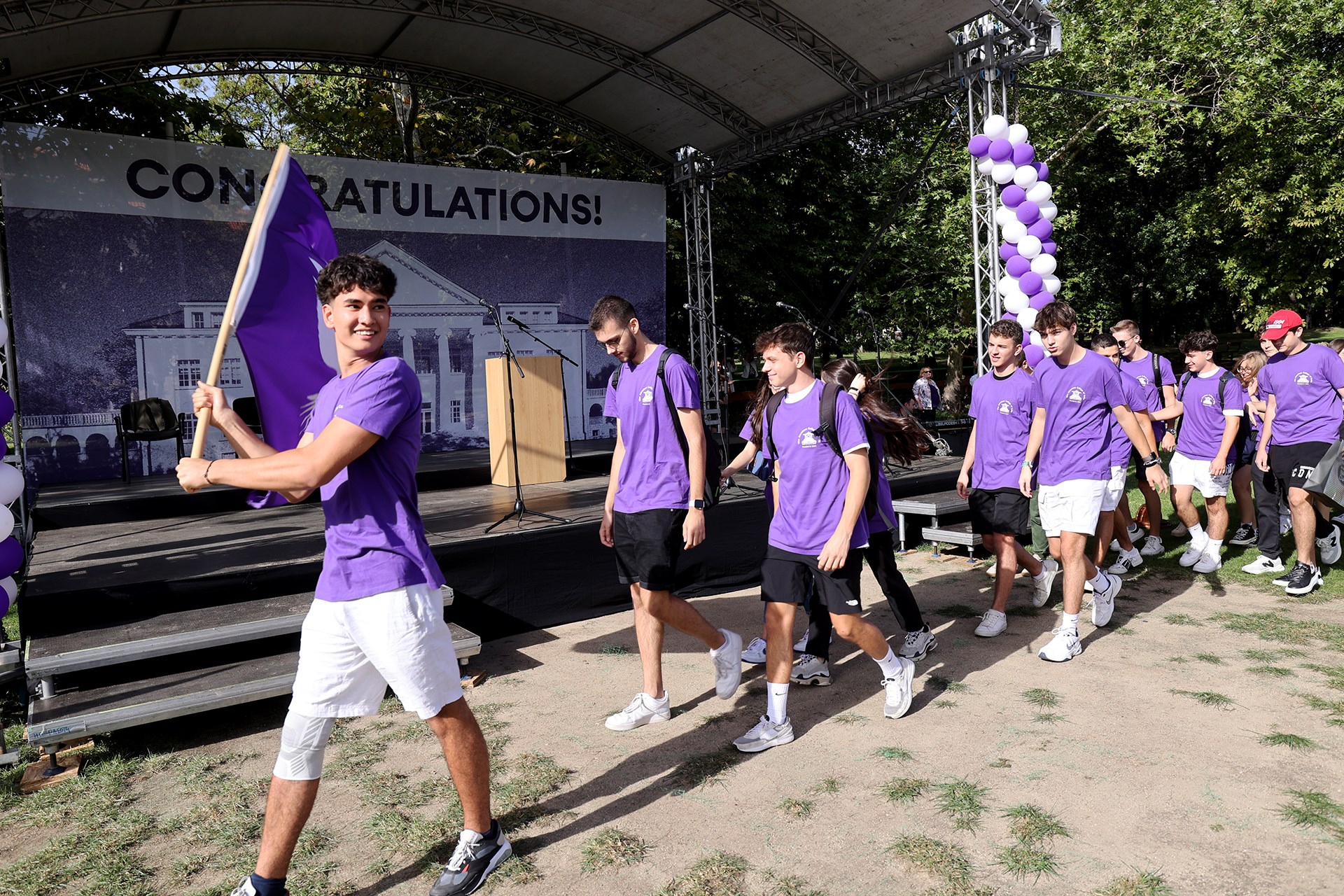 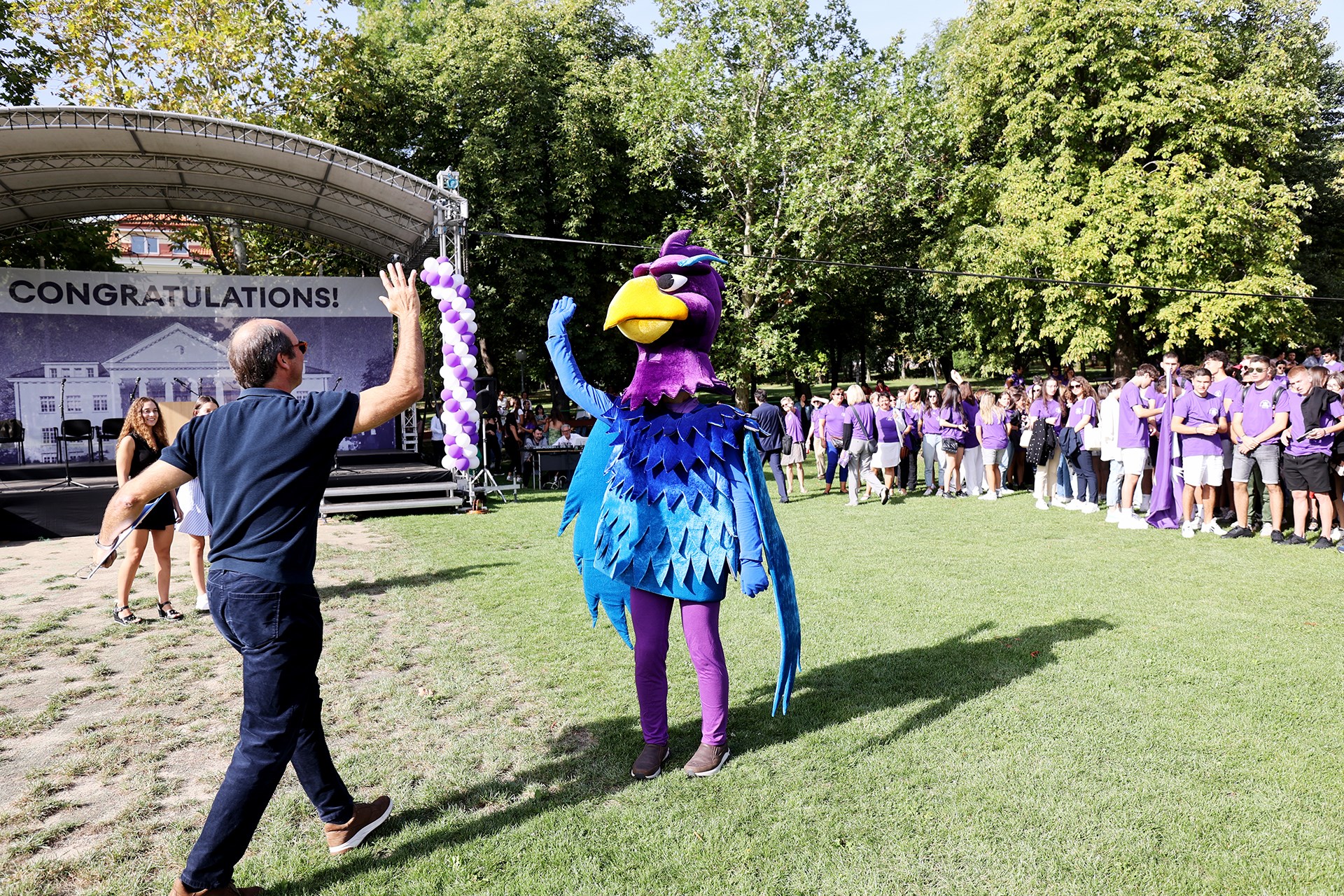 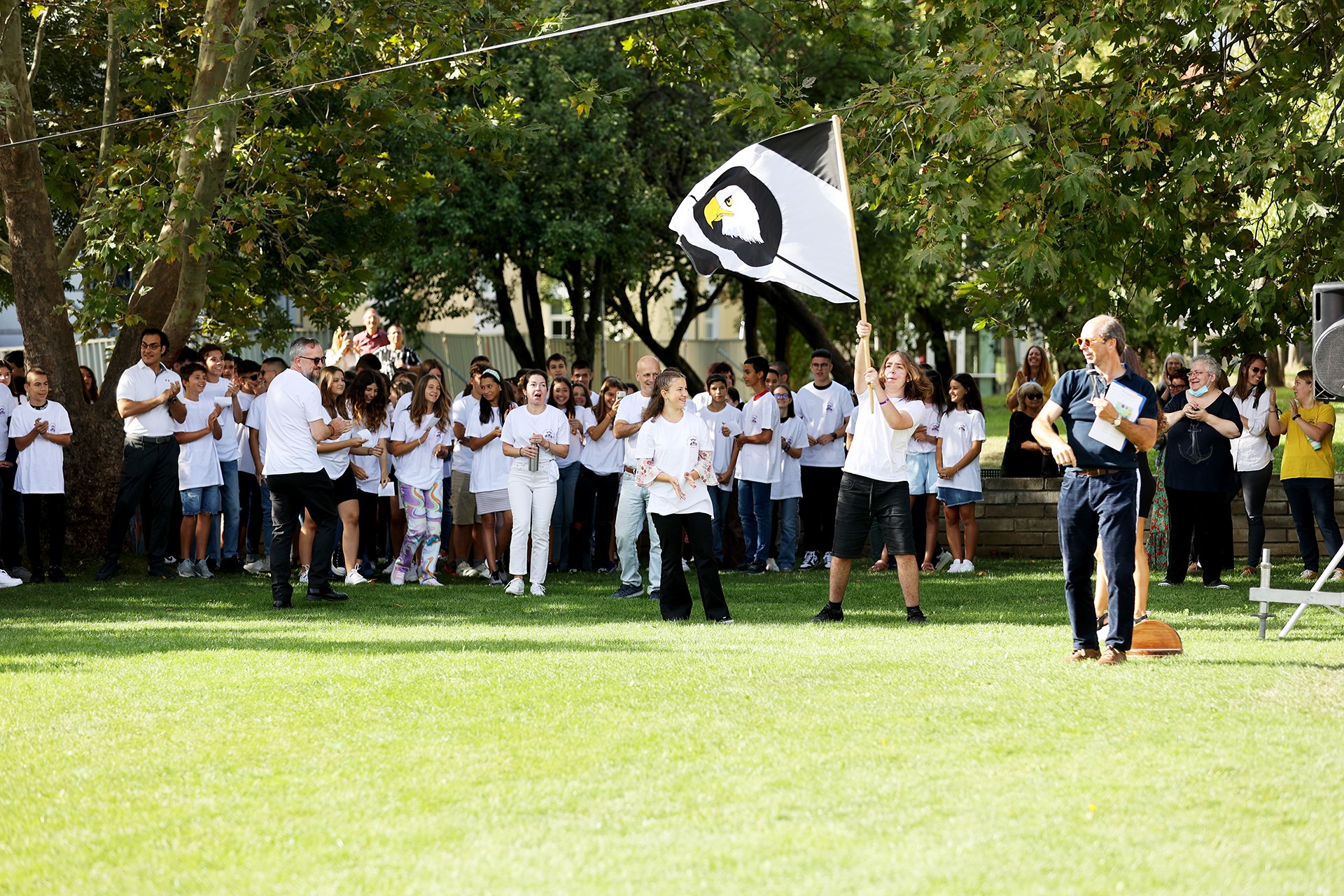 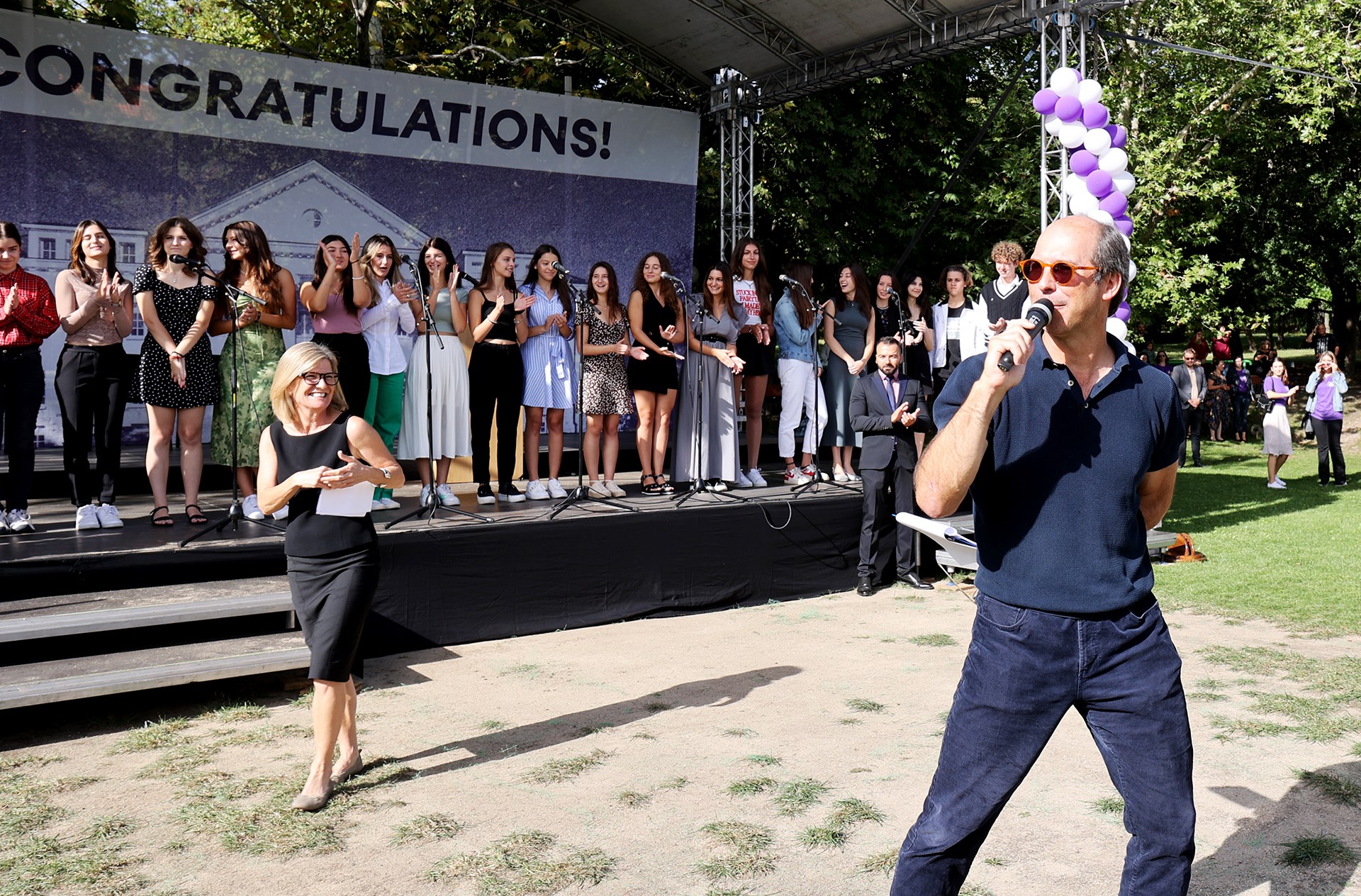 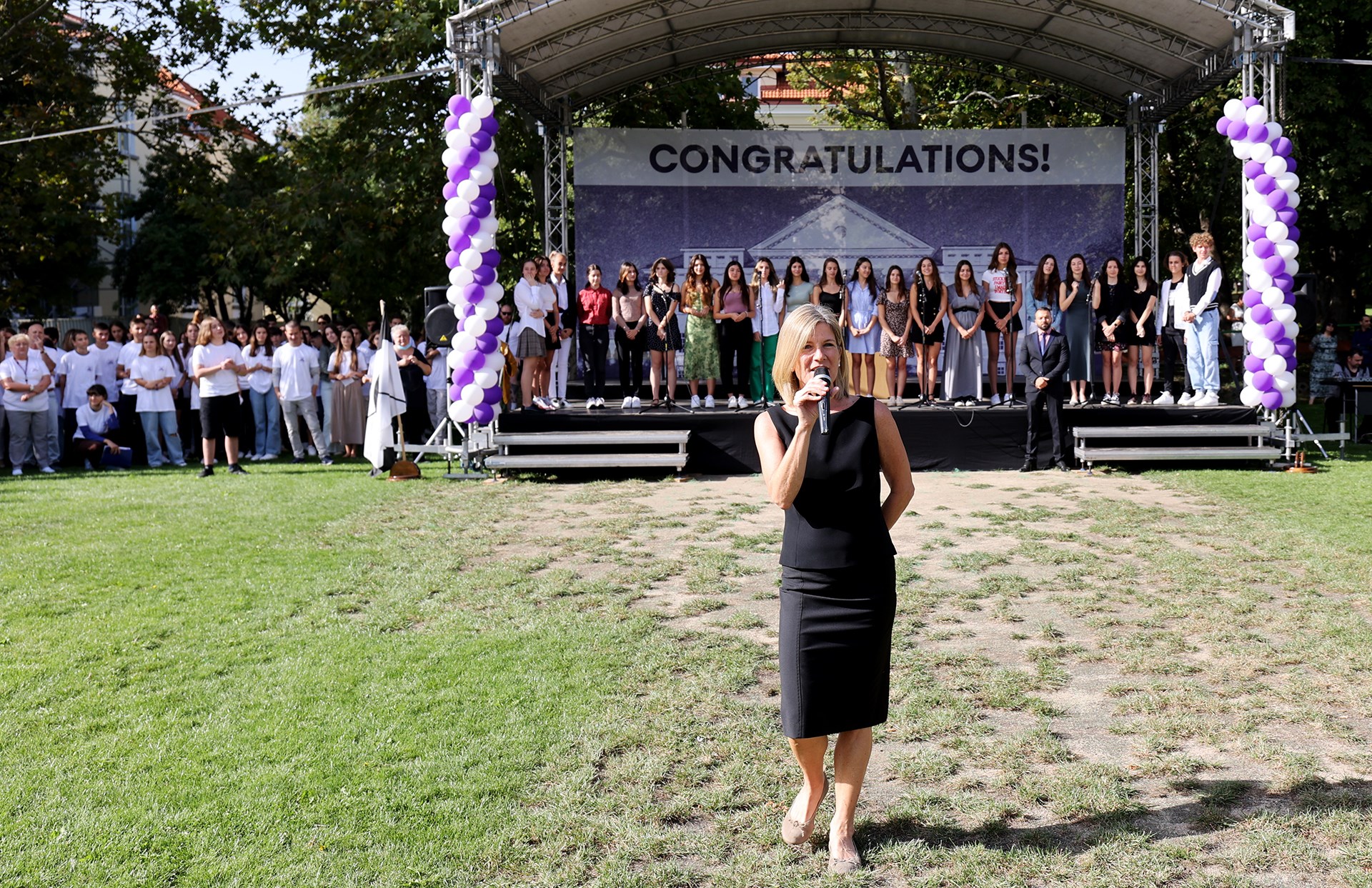 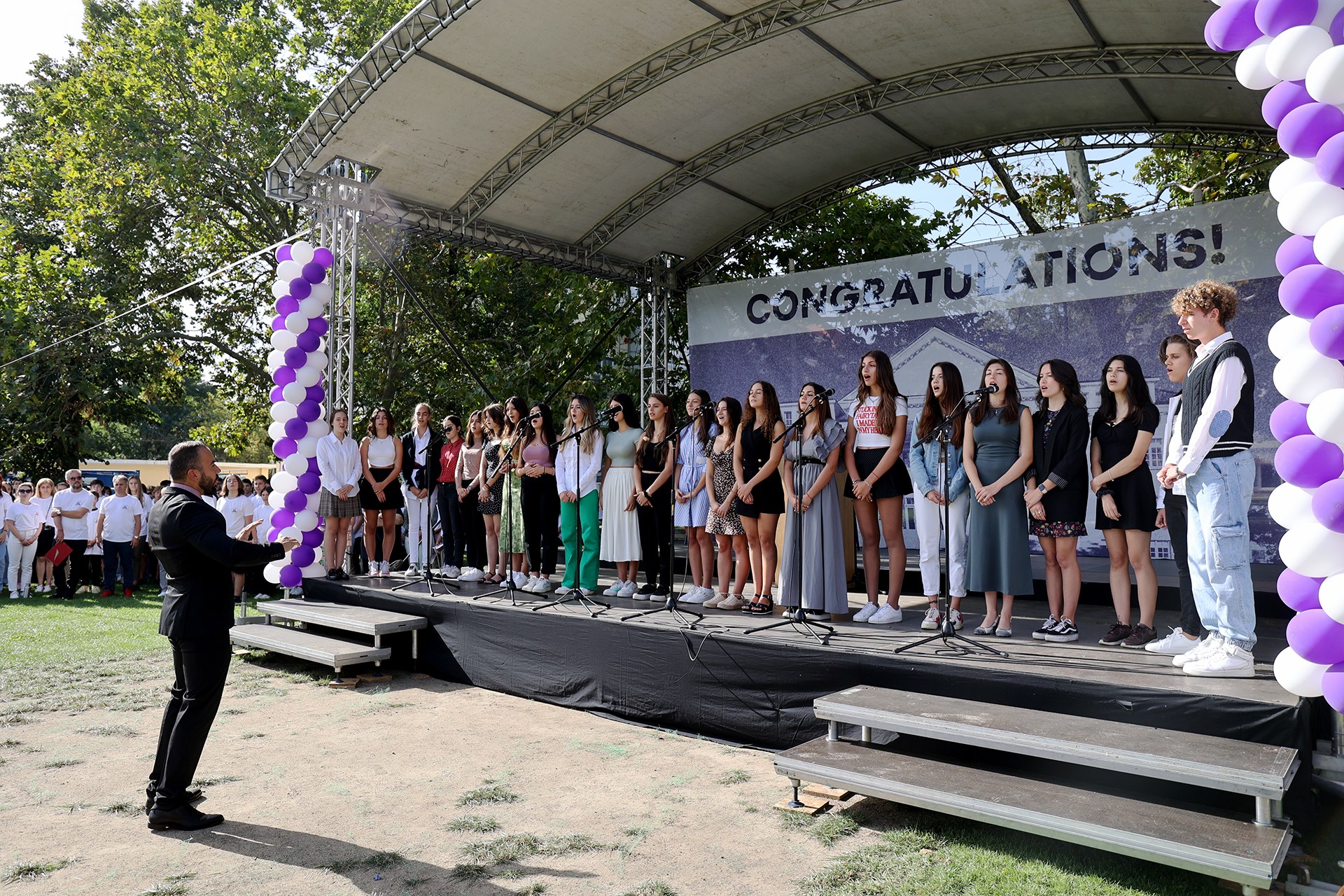 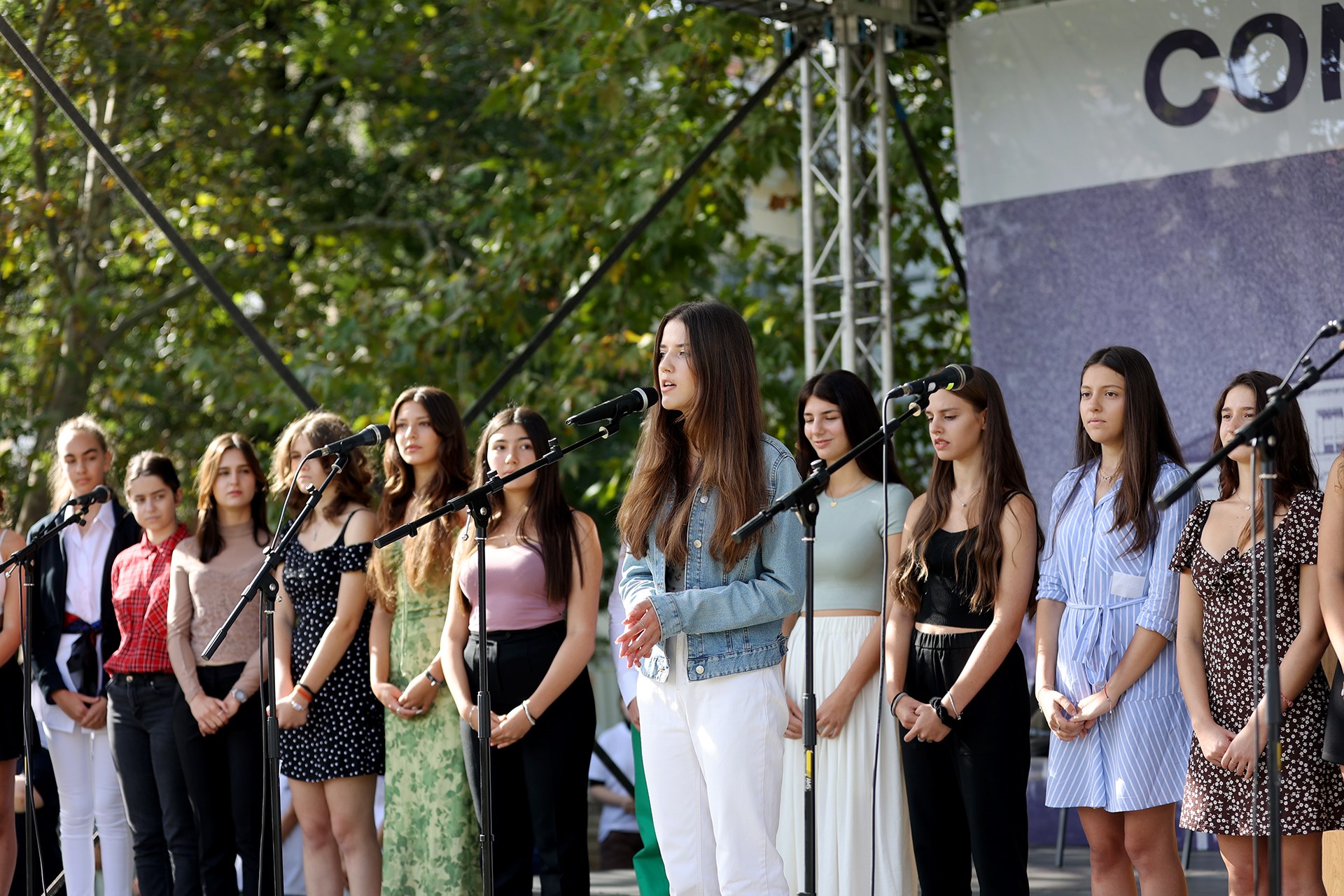 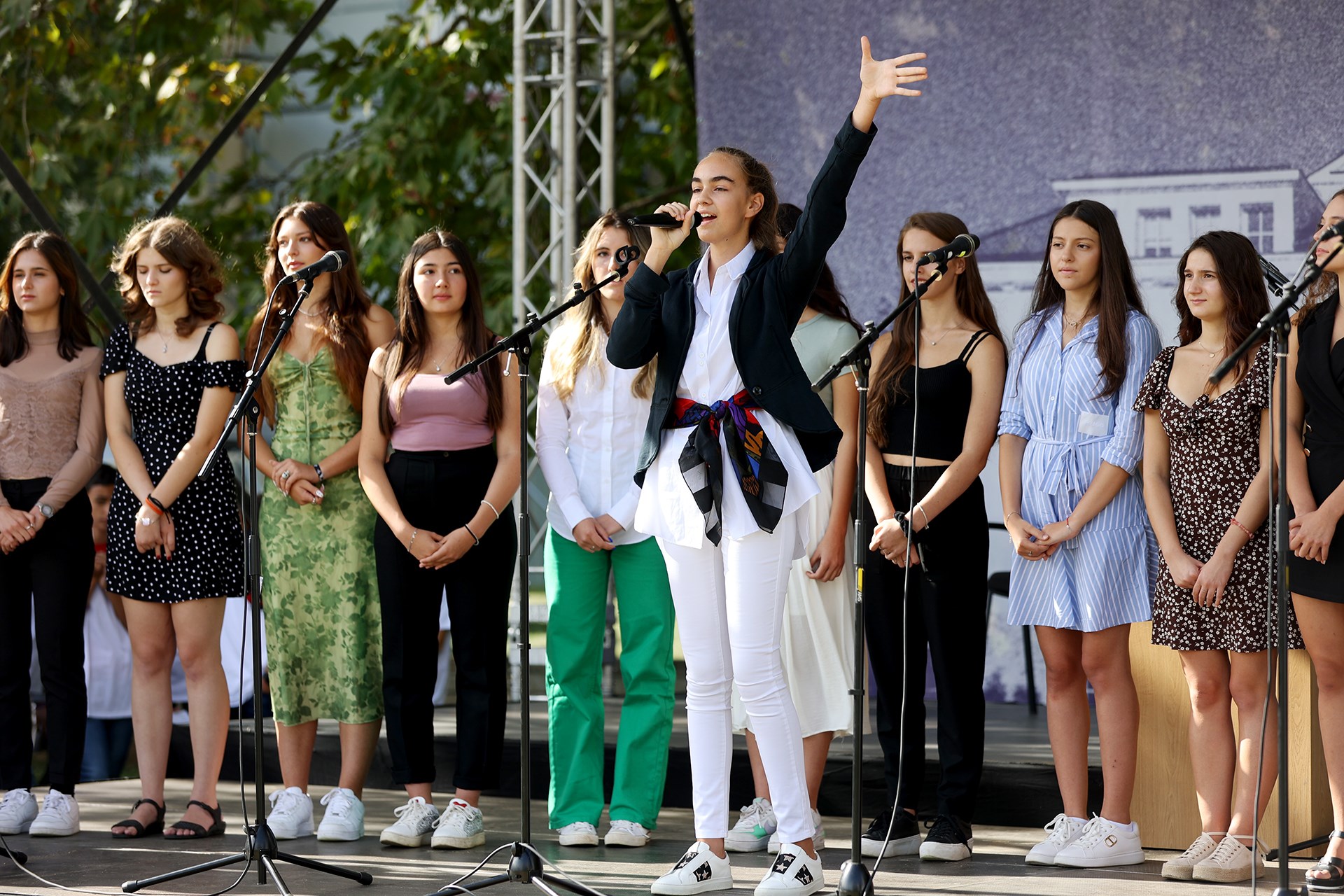 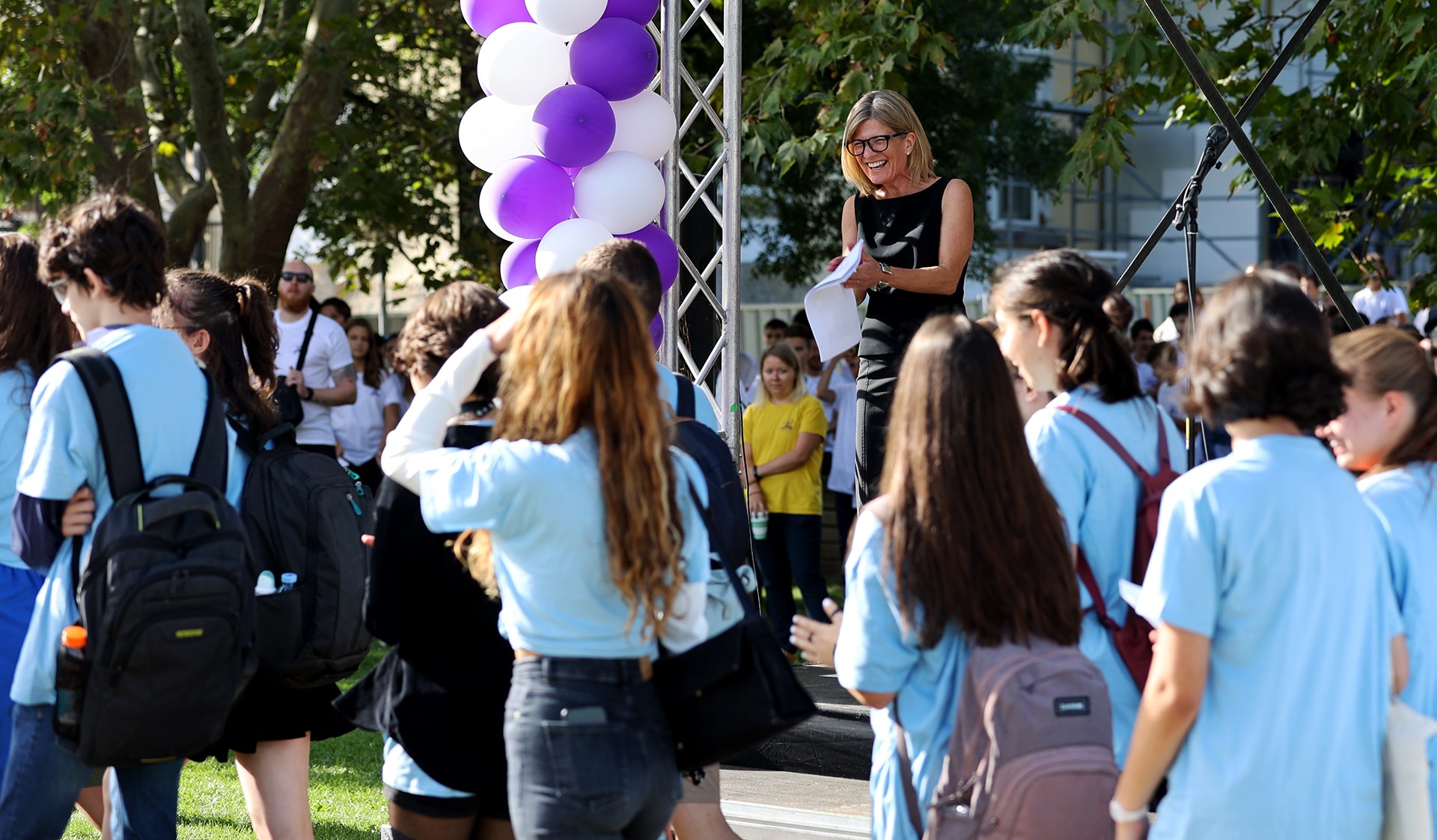 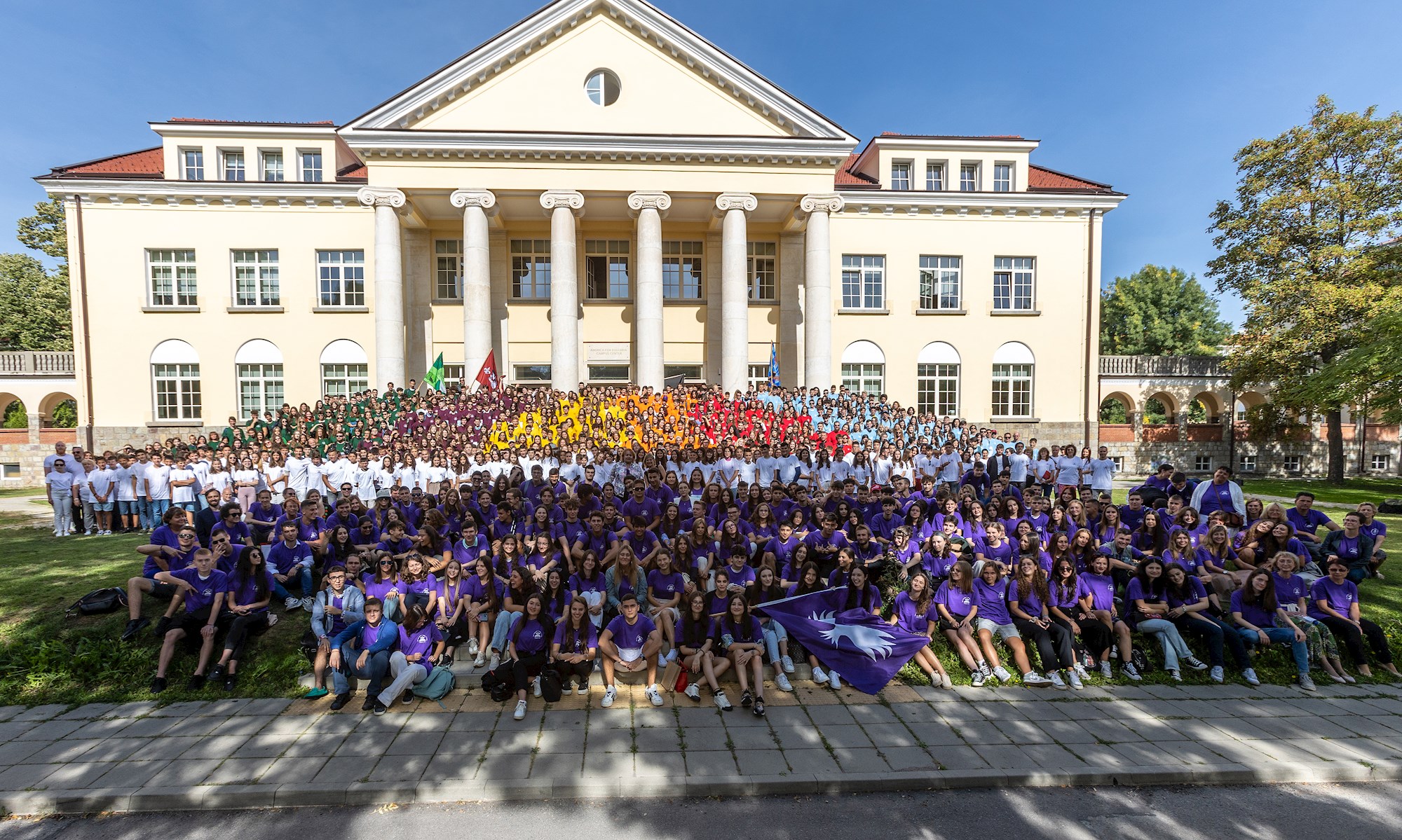