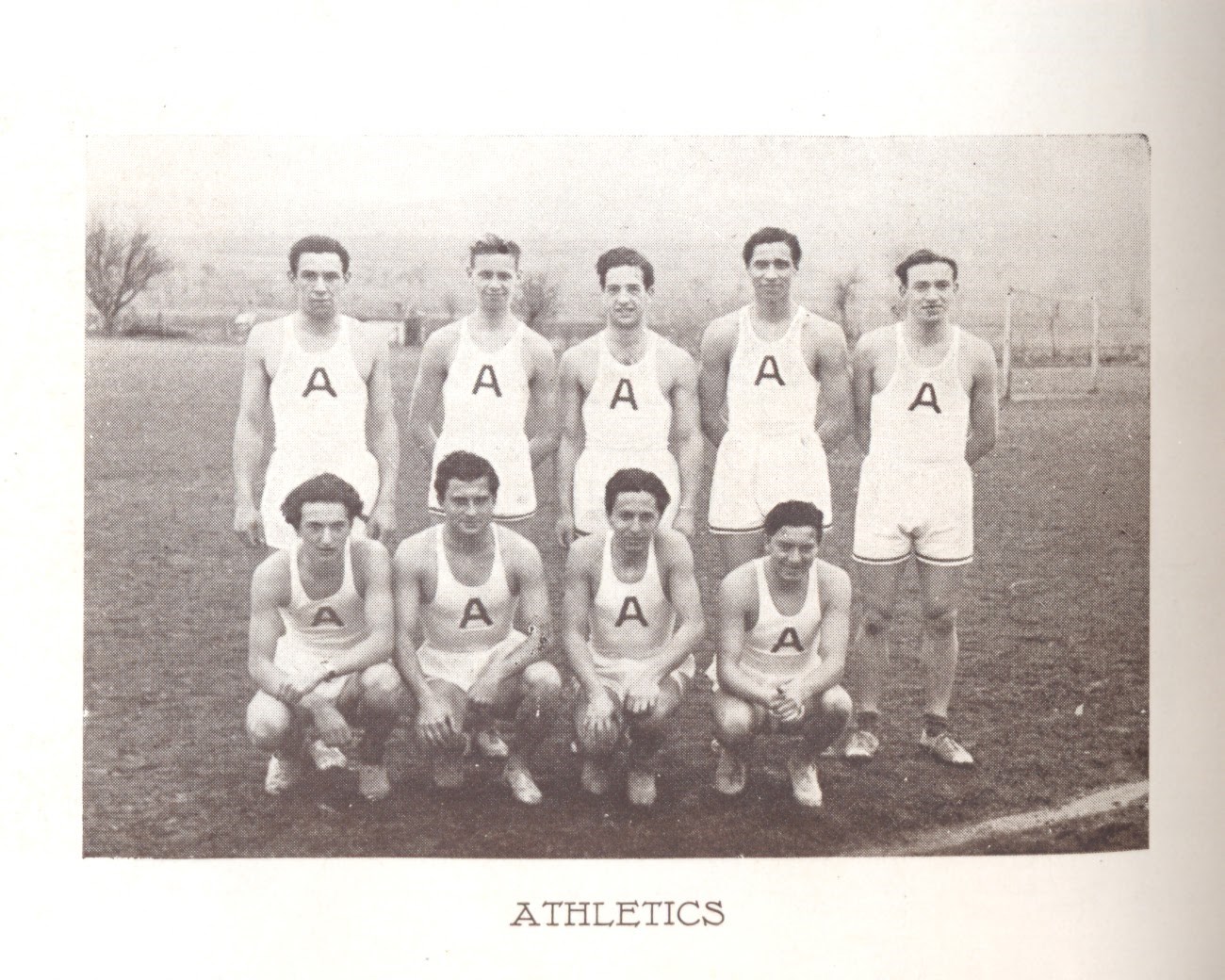 2013-2014
The Athletic team started their practices with the goal to participate for the first time in Sofia Athletics Competition for Schools.

In the first year (2014) we had not enough time for preparation for the competition but the boys from the College did excellent work and paved the way for future successes.

This year Kiril Krantchev won first place in the long jump with a result of 5,56 m., Kristian Kokinov was 3rd in 400 m. run with 58,41 sec. In the teams' competition, the ACS boys took 5th place among 13 teams.

In 2015 both boys’ and girls’ teams participated in the Sofia Athletic competition.

The boys’ team missed the third-place only by 1 point and took 4th place out of 10 teams. This year in the competition professional athletes were allowed to participate and our achievement is more valuable than last year. In individual events, the boys won 3 medals - bronze medal for Kiril Krantchev for 100 m., bronze medal for 4x100 relay race (where Viktor Braykov, Vladimir Turkedjiev, Kristian Kokinov, and Kiril Kranchev took place), and a silver medal for Kristian Kokinov in 400 m. run. Other team members (Veselin Nedelchev - 8th grade, Kaloyan Tenev, and Dimitar Vangelov - 9th grade) also earned points for the team competition.

The girls' team participated for the very first time. Team members were only 8th and 9th grade but they did it very well - they took 6th place out of 10 teams. Team members: Nia Dobreva, Spasiana Dimitrova, Nadezhda Ivanova, Teodora Borilova, Borislava Nikolova from 8th grade, and Marta Koleva, Lilia Valcheva, Ina Nedyalkova - 9th grade. All of them earned points for the team competition and contributed to the success.

The boys’ team won 2nd place among 16 teams with a total score of 79 points.
In the individual competitions, the boys won 2 gold medals, 1silver, and 1 bronze medal.
The winner in the long jump was Kiril Krantchev (10) with his personal best result of 6,01 m. The other gold medal is for the 4x100 m. relay race, where Victor Braykov, Kristiyan Kokinov, Vladimir Turkedjiev, and Kiril Krantchev (all 10 graders) didn’t give any chance to their competitors and won by 2 seconds with a result of 48,08 sec. Kristian Kokinov for the second year won a silver medal in 400 m. with a result of 56,20 sec. The bronze medal of the 800 m. run went to Georgi Zdravkov (9) with a result of 2:25,89 min.

ACS Sports Activities
We use ‘cookies’ to customize the content and ensure the proper functioning of the website. By continuing to use it, you agree with the use of these technologies. For more information, please read the "Cookies Policy" of the American College of Sofia.
Accept